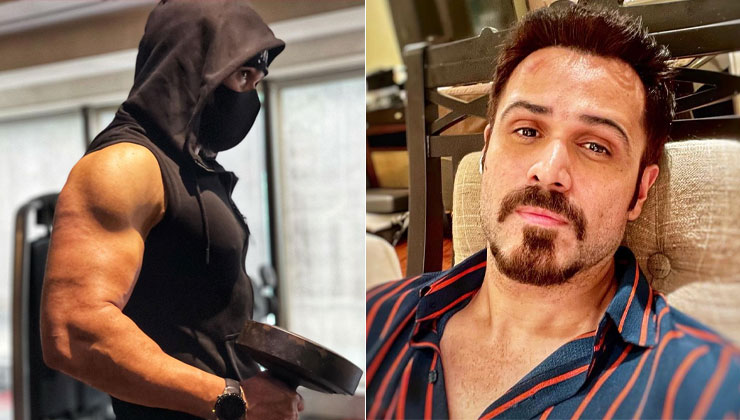 Actor Emraan Hashmi has been training for his role in Tiger 3. The actor is doing some intense workouts as he bulks up for the character. On Sunday, Emraan took to his social media account and flaunted his bulging biceps. While it was just another arms day for Hashmi, his fans were left stunned at how much hard work the actor has done.

Emraan shared his picture on Instagram in which he was seen wearing a sleeveless grey hoodie with a black mask on as he worked out. One of the fans wrote in the comments, “This is amazing. Can’t wait to see you in Tiger 3,” another fan wrote, “I am sure you will rock in Tiger 3.” Another Emraan Hashmi fan wrote, “Killer looks.”

Earlier, Salman Khan had also given a glimpse into his intense workout for Tiger 3.  Sharing a glimpse of his training session, Salman wrote, “I think this guy is training for Tiger3 @beingstrongglobal (sic).” The very successful Tiger franchise had started back in 2012 with the release of Ek Tha Tiger, which emerged as a blockbuster. Later the sequel Tiger Zinda Hai was released in theatres in 2017 and now the fans are in for a treat with Tiger 3 which will also star Katrina Kaif.

Home Tricep Workout (You Can Do Anywhere)

It doesn’t matter how strong I think I am: a triceps workout always leaves my arms sore for days. We’re…