During eight sun-soaked weeks in Spain over the summer, I had an unlikely holiday romance.

Each morning, I tiptoed out of our villa while my husband and young son slept and hung out in the shade on our driveway. With my jump rope. Almost 40 years after first learning how to do it in the playground at primary school, I fell in love all over again with skipping.

Weirdly perhaps, I’m not the only one. Skipping took off during the pandemic, with actresses Halle Berry and Jennifer Garner — who’s in the best shape of her life at 49, the same age as me — showing off their jump rope moves.

It is perfect Covid-era exercise: cheap, portable, effective, with obligatory social distancing unless you want to take a few lashes. UK sales of ropes have rocketed with a 250 per cent rise in people searching ‘skipping ropes’ online since March 2020. 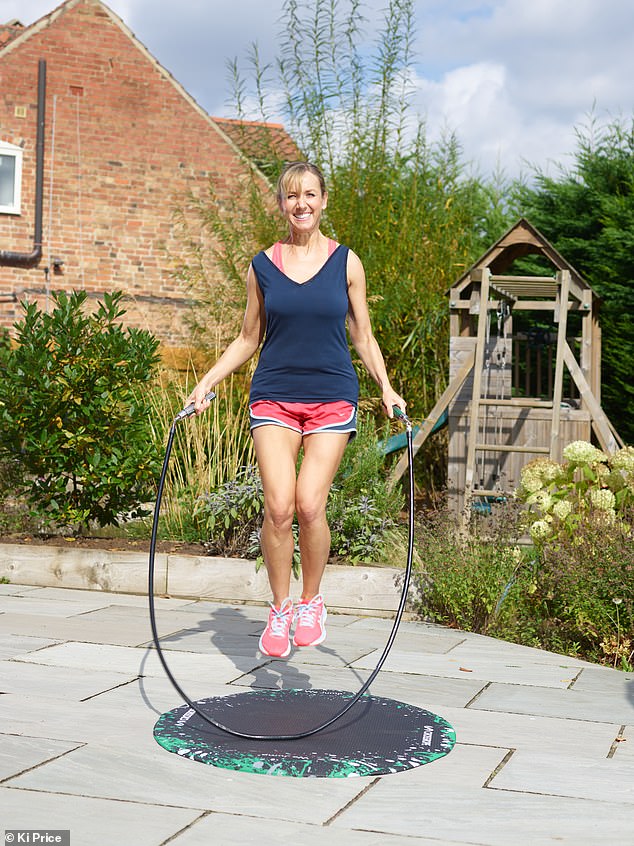 As more of us cotton on, skipping ropes are no longer the exclusive preserve of little girls and boxers. It’s especially good for midlife women like me. Skipping is low impact as you land on the balls of the feet, not your heels, and only bounce high enough (about 2cm) to clear the rope on most standard moves. That makes it easy on joints and the pelvic floor.

The Royal Osteoporosis Society recommends skipping as a brilliant bone-strengthening activity for menopausal women. And it also burns a ton of calories — as a time-squeezed working mum, I get an estimated double the bang for my buck than a typical calorie burn of 150 to 200 for a 25- minute bodyweight high-intensity interval training (HiiT) session.

According to The Cooper Institute For Aerobic Research, a ten-minute jump rope workout is equivalent to a 30-minute run since it can raise heart rate two to three times faster than other workouts.

Though I’ve been a size 10 my whole adult life, within a couple of weeks of my daily summer jump rope regime I noticed that my bras and bikini tops were looser around my cleavage, and my waistband more roomy, too.

Completely hooked, as autumn descended I toyed with upgrading my trusty £10 rope to a weighted set from high-tech brand Crossrope, considered the creme de la creme thanks to its increased calorie burn, resistance (to build lean muscle and strength) and more efficient cardiovascular workout. 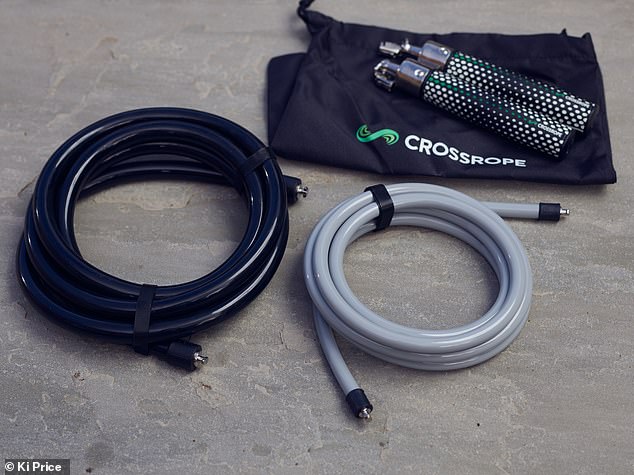 Developed by Dave Hunt, a former U.S. Navy pilot, I was seduced by the Crossrope Get Fit Bundle which includes four ropes weighing ¼ lb, ½ lb, 1lb, and 2lb with two sets of easy-to-change metal handles. You input your height when ordering them online so the correct length ropes are dispatched without any need to adjust them.

At £218 (gulp), the bundle is pricier than a flight to Spain but, what the heck, I also opted for a £125 Crossrope jump mat too. Built from heavy duty waterproof material, it provides a flat surface on which to bounce wherever you are and further reduces the impact on joints.

For a grand total of £343, was it worth the investment or is it money for old rope? Though I’m only 5ft 5in, years of dedication to workouts mean I’m fit. Yet the two-pounder was a beast that defeated me. Metal handles with grips combined with the rubber rope made skipping feel akin to swinging a toddler. I only managed four consecutive bounces before tripping and badly whipping my funny bone.

I managed a dozen or so skips with the one-pounder, but even that was hard going and I gave up. So who are those heavier ropes aimed at? Crossrope’s brand strategist Annie Dossey says: ‘They take getting used to but the 2lb rope is designed for all fitness levels.’ 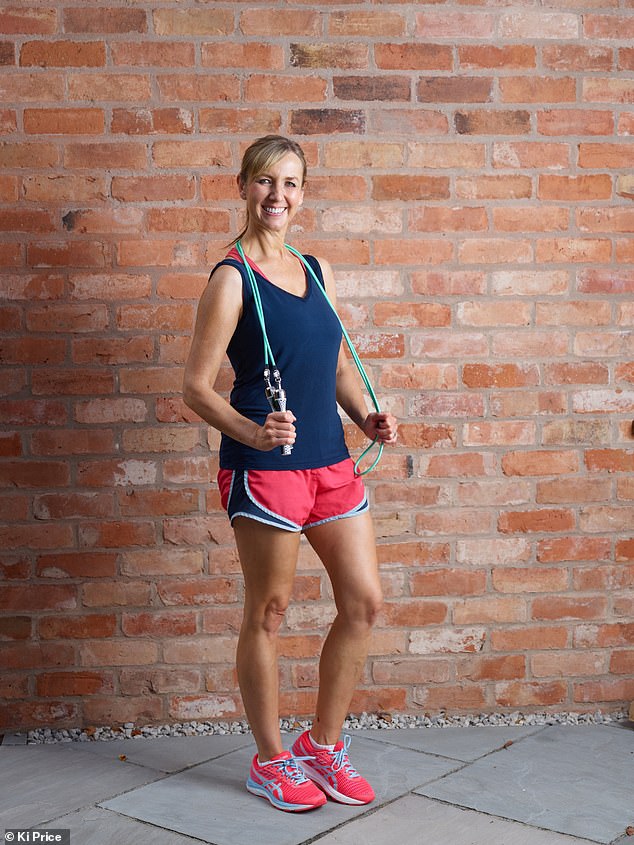 Sadie (pictured) said the ropes seem better suited to ultra-strong men or women, but she’s hooked on the ¼ lb and ½ lb Crossropes

I’m staggered — the ropes seem better suited to ultra-strong men or women. ‘It’s best to use heavier ropes for shorter sessions,’ she adds. Around ten seconds in my case.

As for the half and quarter pounders (ropes, not burgers) — wow, it was love at first skip. I downloaded the Crossrope app to my phone, set up shop in the garden with my mat on the patio slabs, and followed a 30-minute HiiT workout which interchanges the two ropes. It was tricky to determine which burned most — my lungs, legs, hands, wrists, forearms, shoulders or upper arms. When the beep went to signal the end of my inaugural Crossrope HiiT session, I was gasping for air . . . and felt incredible having burned about 398 calories.

My normal rope (which now feels like skipping with spider’s silk by comparison) makes me sweat, but these two ropes have taken my workouts to a new level. ‘When more muscles are activated, you burn more calories,’ says Annie. ‘Weighted jump ropes offer a full body exercise that works calf muscles, quads, hamstrings, glutes, abs, obliques, forearms, biceps, triceps, shoulders, back and chest.’

Though I haven’t yet dumped my holiday romance rope, I’m hooked on the ¼ lb and ½ lb Crossropes. If you want to recapture your childhood — and lose pounds — buy the lighter ropes in the Get Lean bundle for £89. It will leave you cash for a firm support sports bra.

Remember, it’s not just your feet that bounce, ladies.

Push-ups may sound simple: You just lower your body to the floor and push back up again. But doing them…

Advance Shoulder Workout Circuit training Workout 1. Rope pull down 4 set 10 reps Do these 4 exercise without any…

THE HARDEST 17 MINUTE BICEP WORKOUT EVER!!!