After the lockdown restrictions were eased all over the world, celebrities have been stepping out to get and hitting the gym again to get back into shape. Hollywood star Will Smith recently took to Instagram and shared a video while showing a funny attempt of poking fun at himself and others who may need a refresher when hitting the gym for the first time in well over a year.

Will Smith shares hilarious video from the gym

The 52-year-old actor in the clip can be seen hitting the gym and pretending not knowing how any of the gym equipment works! The hilarious clip dubbed “Trying to remember how to use the gym after quarantine,” features Smith running excitedly up a flight of stairs. The clip then cuts to him using a variety of exercise equipment incorrectly – like him sitting on a hanging rope trainer, which he uses as it were a swing at a playground. While in another he amusingly tries to work his legs on the chest press and one clip showed him performing arm presses on the leg curl machine. Within a few hours of uploading the video, it garnered more than 2.8 million likes and the numbers are increasing at a rapid pace. In another he lightheartedly a clip of him attempting and failing to lift a tyre while ignoring his personal trainer’s instructions.

Several fans of the actor were amazed by the rob tickling video and dropped in their comments below. One of the users wrote, “ Let’s be honest, if you are in the gym and will smith walks in ain’t nobody getting anything done.” Another user wrote, “Is this the gym at the avengers HQ?” A third user chimed in and wrote, “My guy is already ripped.” Another wrote, “Fair enough if we burn calories we don’t care how.” 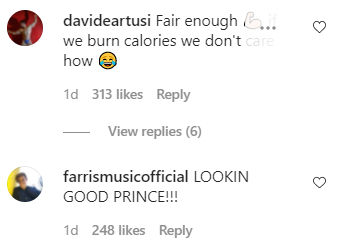 Meanwhile, Will Smith, who is currently filming for his upcoming venture titled King Richard, has another exciting project in the pipeline. The Men In Black actor is all set to host and star in his first-ever comedy variety special on Netflix. On June 16 Netflix’s announced that Will Smith will star in a one-hour-long special, which will include celebrity guests, noteworthy conversation, comedic sketches, musical performances, and more. While Will Smith’s Westbrook Studios is producing the one-hour special, and the actor would serve as an executive producer alongside Co-Head of Westbrook Studios Terence Carter, Miguel Melendez, and Sahara Bushue. Netflix did not reveal the names of any of the celebrities who would be guest-starring on the show.

Get the latest entertainment news from India & around the world. Now follow your favourite television celebs and telly updates. Republic World is your one-stop destination for trending Bollywood news. Tune in today to stay updated with all the latest news and headlines from the world of entertainment.

If you’re looking for a simple home workout for your leg day, these exercises will do the trick! LEARN MORE…

Note : All The Videos In This Channel Are Presented To Viewers In Only Intention To Encourage In Fitness And…

Disclaimer: You should consult your physician or other health care professional before starting a HASfit program or any other fitness…

Resistance band upper body workouts are easy to find our make up on your own. But what about lower body…

_Copyright Disclaimer_ Video is for educational purpose only. Under section 107 for the copyright act 1976, allowance is made for…